Buying and Taking Care of the Retro Car: Tips for the Motorist

Buying a collection car is no less a safe investment than purchasing real estate, securities, or other antiques. Prices for certain models of retro cars are growing by 10-15% per year. The increase in price depends on the following criteria:

> brand of the auto,
> its rarity and exclusivity,
> availability at the time of release,
> the number of copies made,
> participation in historical events,
> belonging to prominent personalities, etc.

Buying a retro car belongs to the segment of “passion investments”, just like this passion entertainment url. Having such an item allows you not only to store it in the garage and show it to your friends but also to take part in exhibitions, rallies, competitions of retro cars, auctions. Among retro vehicles, there are collectible and classic autos. Collectible cars are very limited edition vehicles that belong to the luxury class at the time of their production. Classic cars are those made 50 or more years ago.

How to Take Care of the Retro Auto?

By purchasing a retro car to make a profit, its owner pays for its storage, restoration, repair, maintenance, and exterior care in order to keep the car in excellent condition. Only in this case, the retro car will bring considerable profit.

The aging process is inevitable, not only for people but also for technology. However, a little wear is not critical, it gives the car its individual charm and character. The main thing is to keep the insides of the vehicle in order. There is no reason to stop driving a retro car if its internal mechanisms work. Follow the maintenance schedule according to the instructions of your service center. Change oil periodically, replenish brake and transmission fluids, replace parts as needed.

Start saving money monthly for car repairs. In case there are any problems, it will be easier for you to carry out immediate repairs. If you operate a car with problematic mechanisms, this puts more load on the rest of the elements, and everything begins to fail in accordance with the domino effect, which will lead to even greater costs. For example, you shouldn’t tolerate corrosion. Once it starts, it is like a bad disease that can ruin many elements of the transport until it collapses.

Each owner of a retro car is unique, and their vehicle is a means of self-expression. You can choose the body material (aluminum, plastic, carbon), the appropriate chassis (engine power, transmission type, drive), and formulate your wishes for the interior tuning, additional options, and auxiliary systems. All your brave ideas may come true.

Old-timers in Germany: the Eternal Love

In Germany, there are about a million retro cars. This term is used to define machines manufactured more than 30 years ago, in good condition, with mostly original components and mechanisms, and capable of moving independently. 170 thousand old-timers in Germany received special license plates, proving that the car is truly unique and historically valuable.

Until recently, rarities were available only to people who were really rich. Now everything has become easier – active and well-groomed “veterans” can be found on the roads of Germany every day. The vast majority of German old-timers cost no more than 15 thousand euros. According to statistics, out of 41 million passenger cars registered in Germany, about a million are over 30 years old. On average, they drive no more than 1,5 thousand kilometers per year.

Having bought such a car, a person, as a rule, immediately finds a club of like-minded people. This helps in finding spare parts and organizing leisure activities. In summer, when the weather is fine, the members of the clubs make collective trips on their “rarities” around the beautiful cities and roads of Germany and Europe to see the world and show themselves.

In times of crisis, really rare retro cars are almost the best investment of capital. Nowadays, people no longer believe in money, stocks, or gold. Still, this is really a risky idea, so you should prepare for this purchase with decent attention.

A Pre-Purchase Inspection is a Great Investment

I got a phone call from a prospective client this week looking for a pre-purchase inspection on a 1968 Mustang Fastback being sold by a dealer. One interesting aspect was that the caller was a lady and her husband was in the background.

To get the ground rules clear on what they wanted, I asked them all the questions that I would ask if I was the prospective buyer. Was the price realistic for the model and year? Was there a Marti report? Was there any history of previous ownership and restoration? Does the car have its original power train? What was it that they wanted from me in the way of a pre-purchase inspection?

I always explain that we do no mechanical inspection of the vehicle of any type. Mechanical components are normally cheap to repair, but poor body work is very expensive to restore and can undermine the integrity of the vehicle. This questionnaire that I normally go through with every person who wants a pre-purchase inspection usually narrows down their field of concern, and is also likely to take them back to the drawing board if they don’t have a clear idea of the vehicle that they want to buy.

A pre-purchase inspection is a great investment when the outlay on the vehicle is many thousands of dollars and the buyer needs a set of clear eyes to give them a professional perspective on it.

Celebrity Car Collections that Will Leave You Spellbound 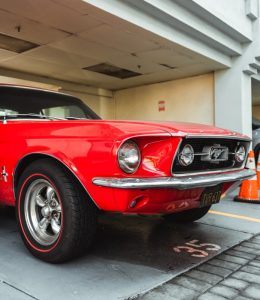 Money makes people do a lot of things that can appear strange on the surface. Some people collect antique art while others spend it chasing the thrill of gambling, though the latter is reserved for the truly adventurous souls. In Canada, especially, there are lots of places where people can indulge in this particular pastime, thanks to the liberal gambling laws here.

Everything from super deluxe luxury casino resorts to a simple $1 deposit casino is available to the industrious gambler. With the recent acceptance of single-game sports betting into the fold of gambling, online casinos might soon become a booming business in the Great White North. But what will you do when you win that jackpot? What would you spend it all on?

Here’s a suggestion: cars. Who doesn’t like cars? Vintage cars, sports cars, supercars, hypercars, there are a lot of different kinds of automobiles with which to start a collection. In this article, Kevin N. Cochran is here to showcase the collections of a few celebrities to kickstart your own car collection.

Who else could the list start with? Jay Leno sits on what could possibly be the largest celebrity car collection ever with reportedly 181 cars and 160 motorcycles. Nobody knows for sure the actual number because he buys and sells on a regular basis to keep his vehicles from idling or going bad.

Suffice it to say – when you have enough vehicles to make your own automobile show, then you’ve got it made as a car collector. This is made evident by the fact that his collection is worth $50 million, while the man himself is worth about $350 million. Now that’s a collection!

Over his life, the legendary British comic has played many roles – Johnny English, Mr. Bean, Edmund Blackadder, you take your pick. Voted one of the fifty funniest British actors of all time, Rowan Atkinson is famed for his funnies, but he is no stranger to being fast.

How can he be when his collection consists of items like the Aston Martin V8 Vantage Zagato, Acura NSX, Aston Martin DB2, 1939 BMW 328, as well as the legendary McLaren F1? It is in this McLaren that Atkinson ran into a tree, injuring the car more than it did him, but that did nothing to lessen the man’s passion for automobiles.

Stefani Germanotta, more famously known as Lady Gaga, has a career spanning multiple media platforms. An acclaimed singer, she has also ventured into the world of film, making her a true artist. However, she is also an avid and passionate collector of classic auto.

The first thing that flits across your mind when you hear the name Ralph Lauren must be jeans. Or something associated with the world of fashion. You would be totally justified for thinking that, too. Though he is not famous for being a connoisseur of automobiles, Ralph Lauren definitely is, as his $300 million collection shows.

If you can’t see him, you will definitely see his impressive wheels. 16-time WWE champion turned actor John Cena has a whole fleet of quirky old American cars that will make you stand and gawk. Why else do you think he fits so well in the Fast & Furious franchise?

Cars fill an itch that not a lot of other things do. Sure, with recent developments in games, you could be driving all of these beauties virtually at no cost, but owning them and touching them is an addiction only a select few will understand. 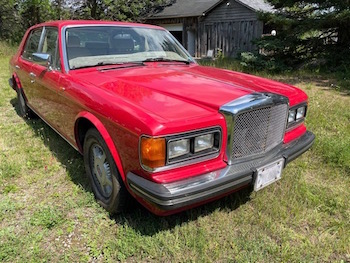 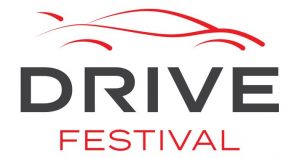 More details can be found in the Bramhall Car Show Listing