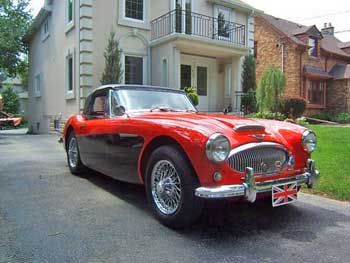 The car runs very well and this is likely due in part to the frame and panels being in excellent original condition with virtually no sign of corrosion. The dash, mouldings, trim and seats are in original condition, and as noted, the car has only been driven 53,300 miles. SHOWS The top yearly gathering of Healeys is called a Conclave. The car has been shown at the 2007 Conclave in Stowe, Vermont where it earned a Third in class, and in the 2009 Conclave in Kingston, Ontario where it earned a First in class.