Classic cars are beautiful. Unlike their mass-produced modern-day counterparts, they are all different, unique in their own ways, they look and feel out of the ordinary. They have one major problem, though – their cost. Aside from the pile of cash that you have to spend on restoring their looks to their former glory, classic cars were not built with energy efficiency in mind – so many of them guzzle up gas like there’s no tomorrow. Even if you don’t count their carbon footprint, they are far from being the most efficient solution for your everyday needs. Unless, of course, you give up parts of their charm and give them a new, electric life.

With many of the cars to look forward to in 2020 are hybrid or electric, it shouldn’t be a surprise that many owners of classic cars are giving their rides an electric makeover. Especially when they have examples like these in front of them. 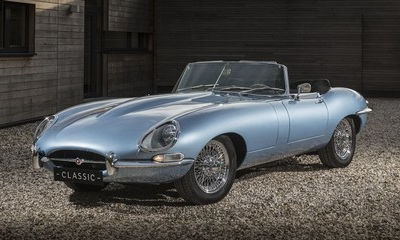 The Jaguar E-type Concept Zero was built by Jaguar’s “Classic Works” workshop in Warwickshire, the UK, in 2017. The goal was, of course, to give the car once called “the most beautiful car in the world” by none other than Italian designer Enzo Ferrari a life beyond fossil fuels. The car was based on the 1968 Series 1.5 Jaguar E-type, one of the six car models that were included in the collection of the New York City Museum of Modern Art.

The car was presented to the public at the 2017 Jaguar Land Rover Tech Fest in London, then carried Prince Harry and Meghan Markle from Windsor Castle to their wedding reception a year later.
Jaguar planned to offer its E-Type Zero (and conversion kits for owners of the classic) starting 2020 but they halted this plan last year. Still, Concept Zero remains one of the most beautiful electric cars to date.

Before you dismiss the Mini Cooper as “just another small city car”, you should know that the Morris Mini Cooper S won the Monte Carlo Rally in 1964, and the Mini Marcos GT – based on the then-new Mini Cooper S – was the only British car to finish the 24 Hours of Le Mans in 1966. Since then, the Mini has proven its worth countless times. And its time has come to get an electric makeover.

The Mini Electric (also known as the Mini Cooper SE in some areas) set to be released this year is not the first Mini to go electric, though. A decade ago, BMW (the owner of the brand) did a trial run of an electric Mini (called Mini E), producing around 500 units.
The new Mini Electric will look and feel like the “traditional” Mini but with a 184 hp engine, a top speed of 150 kph (93 mph), and a battery good for up to 270 km (168 miles). 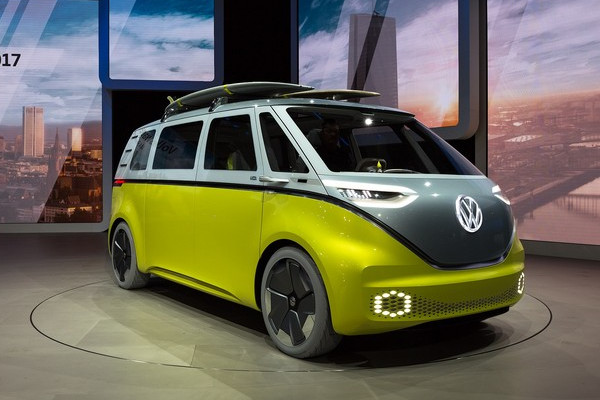 Finally, let’s not forget the revival of one of the iconic cars of the 1970s, the Volkswagen T2, better known as “the Campervan” or “the hippie bus” (and, of course, many other names, including “Pão de Forma” or “loaf of bread” in Portugal). The T2 was produced around the world more or less constantly between 1950 and 2013 when the last plant making it was closed in Brazil. Its popularity never waned, though, so a revival – and an electric one – was to be expected. 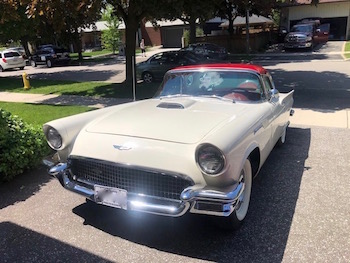 This car has been 20+ years with this owner. More information on the listing page. 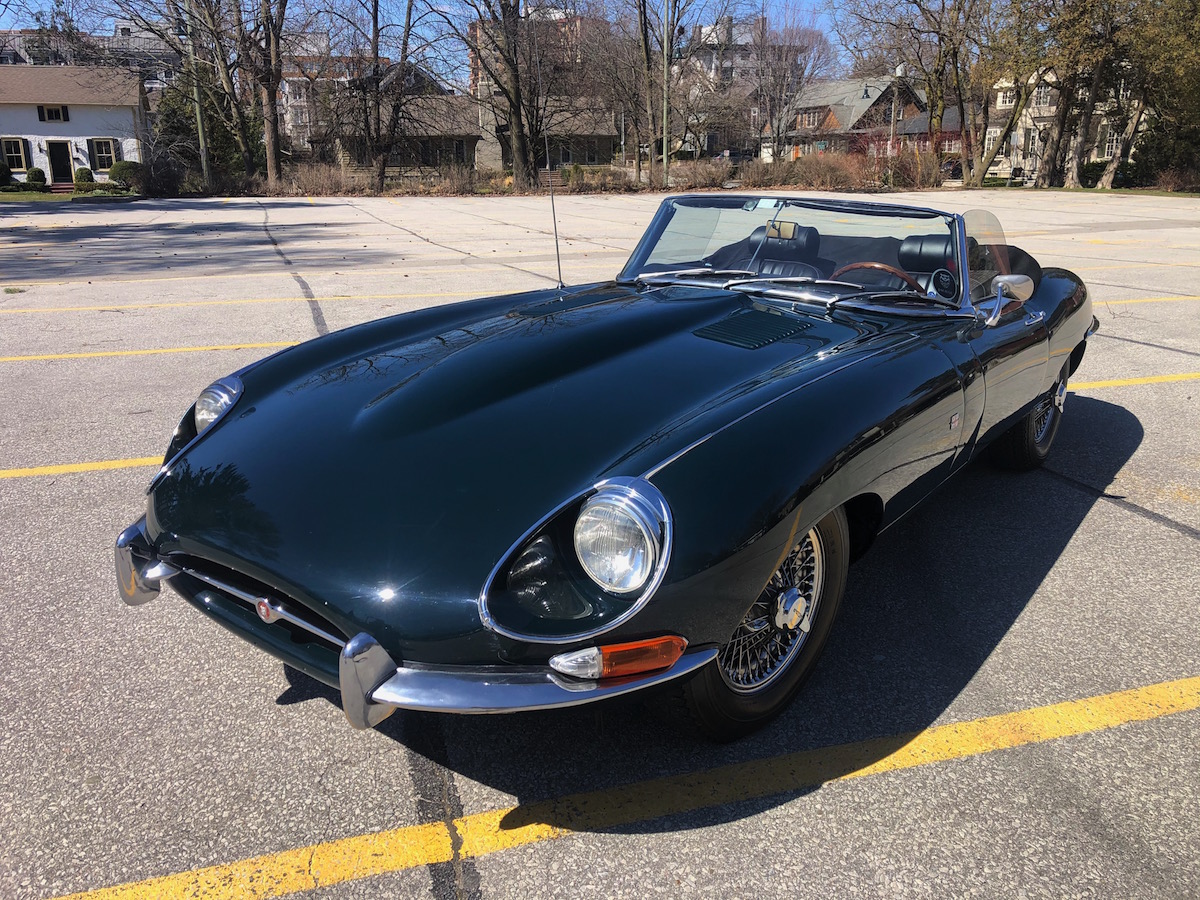 The owner has a documented service history going back to 1981. More information on the listing page. 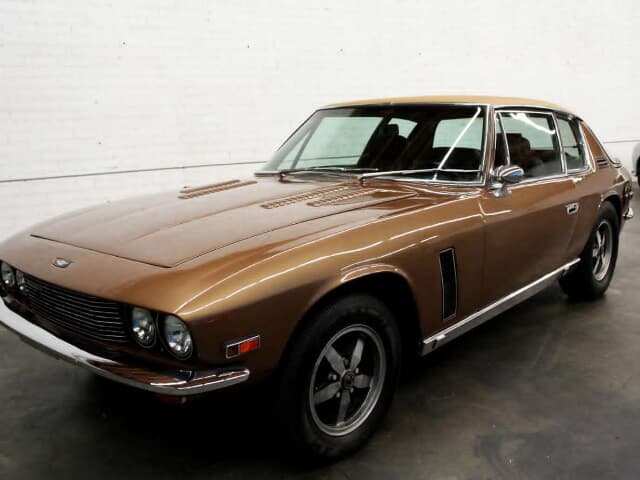 Come back soon for more vehicles. Or join our email list for updates 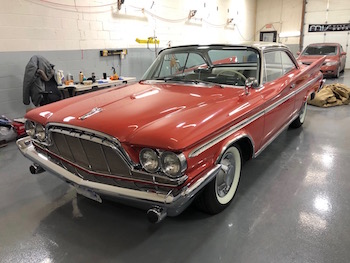 This car has just undergone a multi restoration of the body, paint, and mechanical. More information on the listing page.

What Does “Original” Mean?

I read the latest news and a company in the U.K. (Swindon Powertrains) is going to be selling a Crate electric engine starting at the end of next year. They are going to be building an electric motor and transmission that you will be able to install in a wide range of Classic vehicles, even in a Mini. Prince Harry and Meghan Markle drove away from their wedding reception in a Jaguar E-Type with an electric powertrain.

The whole originality concept is being stretched over a very wide range. Is a concours quality Jaguar E-Type with an electric powertrain original, custom, or modified? Will the selling prices for these vehicles match the original or be possibly higher? Is there going to be a special category now at concours events for electric powered Classic vehicles? If I certify that my Classic can be reverted to original by swapping out the new powertrain, is the car still original? Would you convert your Classic?

Why Use A Professional Automotive Trim Craftsman?

I see many restored vehicles. The ones that are done by the owner or the owner’s mechanic nearly always have poor quality trim work. The seat covers don’t fit properly, and the rebuilding of the internals is so poor as to not supply proper support.

Many owners of classic vehicles see no purpose in paying for quality workmanship when installing interior trim. This is extraordinary in that the area of the car that you see the most is where you sit.

I remember many years ago when I went to see a Corvette which the owner had paid a mechanic to restore, it had brand new seat covers installed but the internals of the seat were left with fill material as old as the car. The mechanic had been the only person to sit in the seat and the seat was only a couple of weeks old but the leather was already distorted. When I mentioned this to the mechanic, he told me that the owner of the car was fat and that it would make no difference. When I pointed this out to the owner, he was not amused.

When I was in the Rolls-Royce restoration business, I was lucky enough to have a European craftsman in trim work close to my shop. His interiors were built to last 30 years, and look good for the entire period. Fat or thin made no difference. 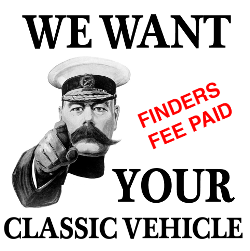 We have enthusiastic buyers waiting for your classic. We can help send your classic car, truck or bike to a good home.

Take a look at the list of vehicles we are currently searching for.

This show is of interest to any level of enthusiast or those just plain curious. It’s totally relaxed, bring your car, truck or bike, it’s not a snooty Concours.

Are you buying at British Car Day? We can help by providing professional appraisal services.

If you are new to classic car buying or are looking for a set of experienced eyes and ears to augment your own, Give us call. We are ready to help, our fees are more than reasonable!

We have a tremendous amount of experience in selling estate assets, ask us for more details.

This show is of interest to any level of enthusiast or those just plain curious. It’s totally relaxed, bring your car, truck or bike, it’s not a snooty Concours.

Are you buying at British Car Day? We can help by providing professional appraisal services.

If you are new to classic car buying or are looking for a set of experienced eyes and ears to augment your own, Give us call. We are ready to help, our fees are more than reasonable!

We have a tremendous amount of experience in selling estate assets, ask us for more details.